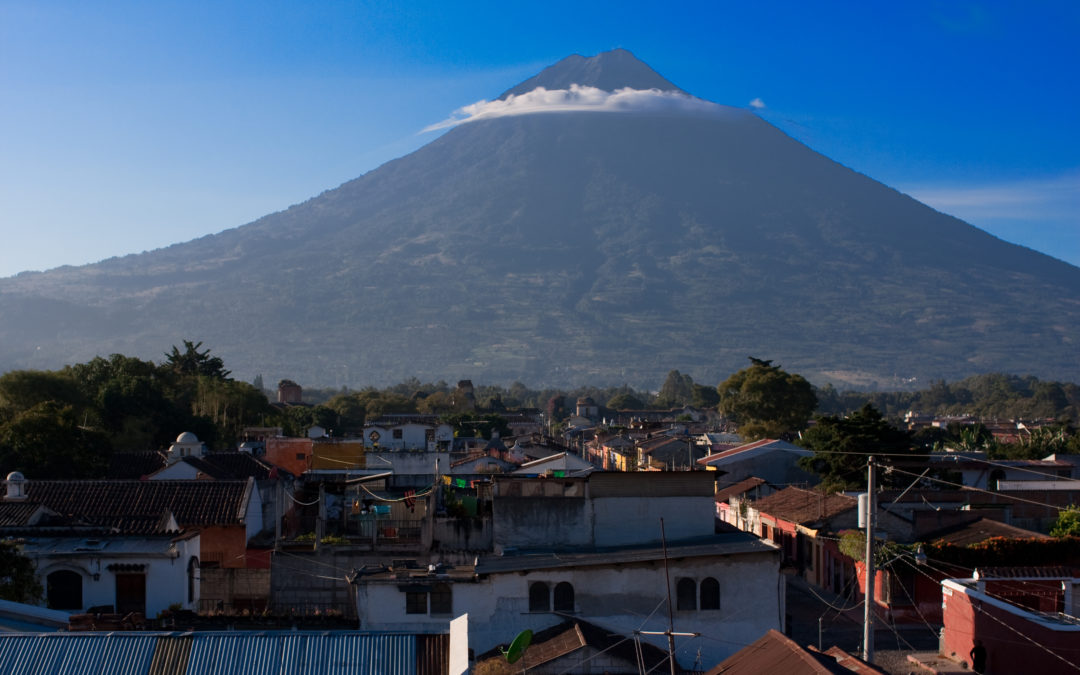 This was one of the best things I did in 2014. Besides selling my house in Arkansas and moving to Colorado, this mission trip to Guatemala is right up there. Our purpose of going to Guatemala for a week was to help build a house for a family through ODIM Guatemala, which is an organization that promotes health and education in the area. The house this family had to begin with had cardboard walls and poor ventilation for their wood cooking stove. Andrea and Israel are the couple we built the home for. They have a new baby and it was imperative to build them a new home with sound walls and good ventilation.

The old house, which was already removed by the time we got there in early November. We built the new house on the same site as the old one, while the couple lived with her parents just up the hill.

All the blocks to build the house (watch in the video), had to be carried down a crazy steep and long hill to get to the work site. Our team carried down half of  them and Andrea’s father-in-law carried the rest down that night. He could carry up to eight bricks on his back with a head strap wrapped around his head and the bottom of the brick on his back somehow balancing the. I could only carry two (the first time) and then went down to one brick, because I wore myself out.

The alley way down to the work site always seemed to have somebody greeting us as we walked down. This time was these little girls playing in a tuc tuc which soon followed one of my favorite pictures I took on the trip of one of the little girls hanging out of the vehicle.

Tyson and I made some little friends that lived in San Pablo and would come down to the work site every day. I’ll be honest, I had more fun playing with the kids than laying blocks and mortar. But I didn’t feel bad when we would take a little break from building the house to throw them a frisbee and hang out with them. I believe the hat Tyson is wearing didn’t make it back to the States with us. A little boy name Joselius (in red) is the proud new owner.

Our team from Father Dyer United Methodist Church in Breckenridge was there for week one of construction. They planned to finish it with one other American team and then the foremen would finish up the house in week three. During the five workdays we were there, we started by carrying down cement blocks to the work site and sifting sand for mortar. We laid the cement blocks and mixed mortar for the two exterior walls. Bending and assembling rebar to reinforce the walls was important because they are susceptible to earthquakes. On the last day we did start the bathroom interior walls. We didn’t get to see the finished house in person, but Joel, our coordinator, sent me pictures of the finished house.

I wanted to capture the progress everyday of the project so I used my GoPro on the time-lapse mode. You can see in the video that we got most of the exterior walls finished before we had to leave it to the next team to come in. Andrea and Israel received the keys the first week of December and now get to have a wedding party in their brand new home. It’s so amazing to me the progress that can happen in such a short time, but have an everlasting effect on people. I hope they are blessed by this house for a long time to come. I’m just thankful to be apart of it and be able to give back in some way.

From Spenser and Chris’s day on the edge of Rock

Engagement season is just around the corner! #va

Still dreaming of dinner under a canopy of leaves.

Gallery delivery time is my favorite! I’ve been

Love capturing sisters on the wedding day. As a gi

Woke up this morning to a collide of fall and wint

Living in a sea of yellow right now in Colorado. W

Lindsay and RJ were married last weekend at Ten Mi